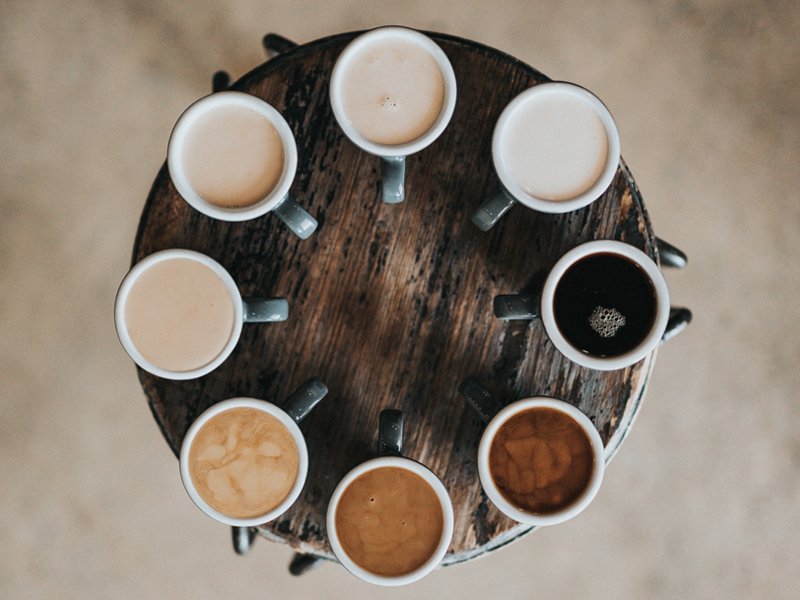 [vc_row css_animation=”” row_type=”row” use_row_as_full_screen_section=”no” type=”full_width” angled_section=”no” text_align=”left” background_image_as_pattern=”without_pattern”][vc_column][vc_row_inner row_type=”row” type=”full_width” text_align=”left” css_animation=””][vc_column_inner][vc_column_text]An article last week from NPR suggested that “a majority of parents, rarely, if ever, discuss race/ethnicity, gender, class or other categories of social identity with their kids.” This is according to a national survey of more than 6,000 parents conducted by Sesame Workshop and NORC at the University of Chicago. The article says kids are hardwired to notice differences early on and not talking about it is a problem.

It’s a timely survey for me because my son had an ‘incident’ involving race at school last week. I got a call around midday that my son made a comment which caused some kids to be uncomfortable. I was told that the kids were sucking on their fingers, commenting how they tasted, and one student, a black student, said that he didn’t like the taste. So, my son, a white student, asked him, ‘if you’re black, does it taste different?’ This comment made some kids uncomfortable, and consequently, I got the phone call.

The administrator shared that my son went into the office and wrote a reflection to help him think about what had happened. On this reflection, in his nine-year-old writing, my son wrote that he had “said something not so nice to a person different than me,” which made the person affected feel “sad and mad.” While there are probably several iterations of the story, as is always the case with 3rd grade incidents, I was told that apparently, it wasn’t the black student who was affected. It was other surrounding students who heard the comment that became uncomfortable, and shared the conversation with a teacher.[/vc_column_text][/vc_column_inner][/vc_row_inner][vc_row_inner row_type=”row” type=”full_width” text_align=”left” css_animation=””][vc_column_inner css=”.vc_custom_1582628215460{margin-top: 40px !important;}”][/vc_column_inner][/vc_row_inner][vc_column_text] When we got in the car after pick-up that day, I asked my son about it. He shared that he didn’t really understand why he ‘got in trouble,’ and that a student said to him, ‘that’s racist.’ My son looked right at me and asked, “what’s racist?”

Here’s the thing. My son has two moms. My ex-wife and I divorced when he was 3 and she remarried a black man, who has three children of his own. So, my son lives in two blended-family households: mine, which has issues of LGBTQ and feminism draped throughout its walls, and his[/vc_column_text][vc_column_text]other mom’s, where issues of race surround them every day. My son has three black step-siblings; kids who share with us the very real and often not-so-positive differences black people face.[/vc_column_text][vc_row_inner row_type=”row” type=”full_width” text_align=”left” css_animation=””][vc_column_inner][vc_column_text]Difference is all around my third-grader…the differences between black and white, gay and straight, woman and man. We all talk about it. We sometimes get in arguments about it, debating about the source of gender differences, which groups really hold the most power, and other difference-related topics. As parents, we have lectured the kids about it-you can’t imagine the lecture my now-17-year-old son received when he was 6 and said the remote should be ‘in the hands of the man’. Aside from the fact that our home didn’t have ‘a man’ he heard more about equity, control, and shared partnership, than his little mind could even handle. We talk about difference when we think about the culture of our neighborhood compared to the culture of the neighborhood where their step-siblings are growing up, or the neighborhood of Hillcrest that I used to call home. We talk about difference when we reconcile the different rules at the two homes they now live in. We try to understand our difference so that we can understand each other. We try to avoid pigeonholing any one group into the oppressor or the oppressed, even though we each have our own association with both privilege and pain- sometimes one more than the other, often times with both. We try to stay curious, give each other latitude, and allow each other to make mistakes.[/vc_column_text][/vc_column_inner][/vc_row_inner][vc_row_inner row_type=”row” type=”full_width” text_align=”left” css_animation=””][vc_column_inner][vc_column_text][/vc_column_text][vc_column_text] I truly believe my son actually thought it was possible for his black classmate to have a different experience when sucking on his finger. And he asked him about it.

Here’s the problem- we are so ill-equipped to talk about issues of race and identity difference that we gloss over opportunities to explore what’s actually there, and instead avoid, deflect, redirect… reduce things to a comfortable handling of the issue. It’s not unkind to seek to understand each other’s difference and ask a real question. In fact, it’s such a learning opportunity for all the kids involved to talk about that incident- how it made them feel, what they might be curious about, what they wish they understood more. It’s an opportunity for the black student to share how he feels.

And what an opportunity for the educators to help all of them explore their ideas and assumptions, not only about race, but about how they talk about race. What bothers me the most is the possibility that my son now thinks that a question of curiosity that highlights difference is a comment “not so nice to a person different than me.” And that maybe next time, he won’t ask.

We have to do better than this.

It’s likely that my son was the only one who was called into the office to fill out a reflection. So that leads me to wonder about the other kids involved– are they left thinking that they can’t talk about difference without heading into the office with an administrator? What message does this send to the kids about what and how we talk about identity and what and how we don’t? Did anyone engage the other kids in their discomfort and have a real conversation about sweeping things under the “that’s racist” rug? Can we, as educators, sit in our own discomfort, knowing we are sloppily moving through these difficult conversations, and resist the urge to make it look and feel better with quick fixes?[/vc_column_text][vc_column_text]It is possible that something we say is received as ‘not so nice.’ Our identity is a core element of who we are and gives us our sense of self. And there is difference, often showing up in ways that really disadvantage some people over others. It’s possible feelings get hurt when we talk about issues of difference. These are indeed hurtful topics. It hurts me to know the Supreme Court is hearing arguments about whether the LGBTQ community should be included in nondiscrimination laws. I mean, how is that even a question? But that is my lens, and it’s clearly not the lens of all Americans. I really appreciate the practice of reflection the school is implementing. It’s so important that we take the time to do deeper work and reflect on our actions, thoughts, and feelings. And I know this is such a difficult issue for educators. I just wish the reflection would have been a collective one. One where assumptions and thoughts could have been explored. Where the kids could hear that the taste of our skin may not differ based on skin color, but there are somethings that do. Perhaps the boy could have shared a place where he does feel different, allowing him to be and feel seen by his classmates.[/vc_column_text][vc_column_text]Perhaps some of the other kids feel different for different reasons. Perhaps the kids could have had a conversation about what ‘racism’ means and how it shows up, sometimes in unknowing ways. This is a lot for 3rd graders, I know, but we have to start somewhere.[/vc_column_text][vc_row_inner row_type=”row” type=”full_width” text_align=”left” css_animation=””][vc_column_inner][vc_column_text]his is a messy and uncertain conversation. We are most likely going to get it wrong at some point because it’s hard to face our own privilege, our own power, and the role we have played in the serious injustices that have occurred. We might upset people, offend people, say something we wish we hadn’t. It’s also hard to face the oppression many of us continue to feel. But until we allow ourselves and each other to talk about these things and hang in there with each other, our divide between black and white, women and men, gay and straight, won’t ever lessen. Most of those categories are no longer an either/or but a nuanced continuum that requires curiosity and understanding. Most of us didn’t grow up in homes or classrooms where we courageously had challenging conversations around difference and ‘isms,’ but we have a chance to do it differently with our kids.

As the article says, “grown-ups need to be proactive about explaining the differences kids see and making clear: Different isn’t bad. If children don’t get help from [adults] ‘and have to try to make meaning of different social identities [on their own], they may come up with all sorts of weird and strange reasons that people are somewhat different.’”

We don’t have to let these differences divide us, but unless we stop ignoring them we will never be united. If we are unsure of how, there are people who can help us do this in meaningful ways, people who know how to hold the space for people to stumble through the conversation, learning bit by bit as we get better at it. But let’s have the conversation. Let’s not suggest it’s wrong or single certain people out who are simply trying to connect. Let’s give each other latitude…and yes, that means that parents need to allow our educators to stumble through this, and the educators need to allow the students to stumble along as well. We need to join each other and explore the difference between us, how they show up, impact us, and in the end, potentially and hopefully, connect us to one another.[/vc_column_text][/vc_column_inner][/vc_row_inner][/vc_column][/vc_row]

0 comments to " -The Difference Opportunity "

BECOME A brave leader AND CULTIVATE
CULTURES OF COURAGE 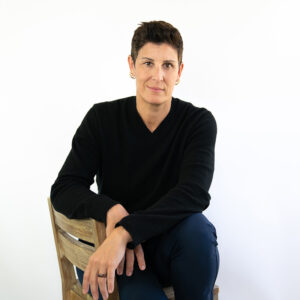 Lorri works with individuals to become more effective leaders, colleagues, parents, and people. She is especially passionate about helping girls, women, and the LGBTQ community develop a strong sense of self and a leader identity. Fitness and athletics remain close to her heart.